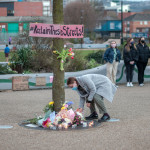 After the High Court ruled the force broke the law over its handling of the Sarah Everard vigil, Scotland Yard has warned that policing protests may become more difficult.


The Metropolitan Police was found to have breached the rights of the organisers when it declared the gathering illegal under lockdown rules. Taking place last March, the vigil was planned as a socially distanced gathering on Clapham Common, south London, to honour the 33-year-old woman who had been abducted from the area earlier that month. But organisers cancelled plans after being told by the Met they would face fines of £10,000 each and prosecution if the vigil went ahead. Despite this, a spontaneous gathering took place anyway and the Met came in for intense criticism when officers moved in to break up the event.


In January this year, campaigners from Reclaim These Streets took the Met to court, arguing that its decision to outlaw the vigil amounted to a breach of their human rights. Lawyers for the group argued that despite the lockdown they had a right to freedom of speech and assembly and said the force had not assessed the potential risk to public health.

In a ruling handed down this month, the group's claim was upheld by two senior judges, finding that the Met's decisions in the run-up to the event were "not in accordance with the law." The High Court also said the Met had failed to perform its legal duty to consider whether the claimants might have a "reasonable excuse" for holding the gathering.


Reacting to the judgment, Scotland Yard warned the implications might go beyond the pandemic and affect the way other public events were policed in future. "The Met worked very hard in challenging circumstances to interpret and apply the regulations lawfully and proportionately, despite numerous changes during the pandemic."

Assistant Commissioner Louisa Rolfe said. "We are considering the judgment very carefully before deciding whether to appeal the court's decision. The Met is mindful that this judgment has potential implications in other circumstances for how a proportionality assessment is to be conducted when considering enforcement action. This may apply beyond policing the pandemic. Even in the context of the regulations that kept us safe during the pandemic, this may have important consequences," she added.


The Met's handling of the vigil was exonerated in a review conducted by HM's Inspectorate of Constabulary which found that officers had acted in a "measured and proportionate" way on the night. However, the High Court was told that ahead of the event, senior officers had considered the "perceived reputational risk" as a bigger threat than public health concerns.


In a statement upon receiving the verdict, Reclaim These Streets said: "Today's judgment is a victory for women. Last March, women's voices were silenced. Today's judgment conclusively shows that the police were wrong to silence us. The decisions and actions by the Met Police in the run-up to the planned vigil for Sarah Everard last year were unlawful and the judgment sets a powerful precedent for protest rights."


The judgment was also welcomed by Sadiq Khan, the Mayor of London, who said: "The murder of Sarah Everard by a serving Met officer damaged the confidence of Londoners in the police. In the wake of such a horrendous crime, the policing of the vigil in her memory eroded trust in the police further."