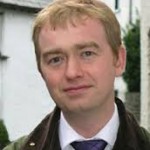 The future of the Human Rights Act

Nick Clegg's departure from the Liberal Democrats is being contested by Tim Farron MP and Norman Lamb MP. Both have united to campaign against Tory plans to scrap the Human Rights Act.
As part of the previous Coalition the Lib Dems blocked plans to get rid of the Act. Since winning a majority at the last elections David Cameron has revived the plans.
It's expected that a British "bill of rights" will be included in this weeks Queen's speech as a mechanism to replace the Act passed by the Labour government in 1998.
Norman Lamb (the MP for North Norfolk) argued that the UK must not allow the Conservatives to "trample all over" human rights laws.
"It sends a clear message to the British people: the next five years will be nastier, less liberal and less compassionate that any government in living memory," he said.
Tim Farron is currently thought to be the favourite to lead the Liberal Democrats as a function of his popularity with the Lib Dem grassroots.
Norman Lamb is a former Employment Solicitor. He is considered a "centrist" and has previously worked as Parliamentary Private Secretary to Clegg.
If you would like to discuss this matter in further detail please call us on Birmingham 0121 355 4700 for advice.
Active Legal