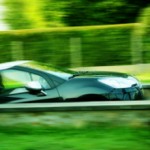 In the last 12 months, motorists speeding past the top 30 speed camera sites in the West Midlands have been hit with fines amounting to £3.3 million.


In March 2013, all fixed camera sites were switched off by West Midlands police in an effort to save money. The only locations in the West Midlands now with static enforcement are those run by the Highways Agency. This includes the newly installed Active Traffic Management variable speed limit zone on the M6, which has so far caught 7,199 drivers speeding.


The worst sections for speeding include the stretch of motorway between junctions 4 and 5 of the M6 northbound in Castle Bromwich, which caught 3,096 drivers over the speed limit, and the A4040 Sandwell Road between Oxhill Road and Island Road in Handsworth, with 2,713 offences.


"Whatever other factors are involved, excessive speed is an aggravating factor in the overwhelming majority of crashes, reducing the time drivers have to react in an emergency.


"That's why speed limits exist, and it's vital they are enforced. Speed cameras are well proven to cut speeds and cut casualties. At the end of the day, if you're not breaking the law, you won't get caught."


If you have been involved in an accident as a result of speeding, contact our personal injury solicitors on 0121 355 4700 for advice.