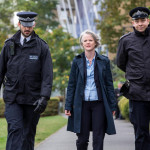 A victims' commissioner and policing chief, have warned that courts that require "refuge" addresses to be revealed to potentially violent partners are putting domestic abuse victims at risk.
Sophie Linden, the capital's deputy mayor for policing and crime, and Claire Waxman, the London victims' commissioner, have written to the Justice Secretary, Robert Buckland, demanding a change in the law banning courts from disclosing locations of abuse victims.
They commented that they had been given permission to share the anonymous details of a High Court case last month involving a mother and children who were placed, in a refuge, at a confidential location. The lady in question had previously escaped from her allegedly abusive partner.
They attest that the refuge was ordered by the court to reveal the address. By return the alleged abuser claimed he had an access right and that the mother had abducted the children. They warned that it was the second such order in six months, after one in late 2019, when a refuge was forced to reveal the address of the mother and child.
The pair made a joint statement saying, "The father located the mother and the child, continued to stalk and harass her and, in a matter of weeks, abducted the child to another country."
Further comment was made, "Such orders fundamentally undermine the well-established refuge model, which is predicated on protecting survivors through the absolute secrecy of the safe address. In making such an order, the safety of the survivor and children were put at risk, as was the safety of all the other inhabitants of the refuge and the staff who are already at high risk of abuse."
They said that changes to the law needed to take place "urgently" to outlaw the practice and further added, "Refuge addresses should never be disclosed, not even to the court, and only the office address should be used to effect service on the mother. The court will be aware that the mother is residing in a refuge; the court does not need the refuge's accommodation address. This is putting everyone concerned at serious risk of danger and irreparable harm, which the court would be responsible for."
In the first case the refuge secured pro bono legal assistance that enabled protective steps to be taken to ensure the alleged abuser could not discover the address, Ms Linden and Ms Waxman said.
However, they cited other cases occuring during the Covid-19 pandemic in which the court ordered details of the victims addresses to be revealed to their abusers.
They said. "It is imperative that our response to this pandemic does not facilitate dangerous contact between perpetrators and victims, leaving children at risk of harm, or unwittingly facilitate further abuse and control through contact."