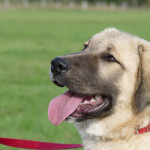 Under a new "pet abduction" offence that recognises animals as sentient beings, dog thieves face up to seven years in jail.

Ministers are to introduce the new offence to enable judges to impose longer sentences that recognise the animals' welfare and suffering - instead of only their financial value, as happens under current laws on theft. A government source said the new offence would allow courts to impose custodial sentences of up to seven years, whereas long terms are now only possible if a dog is worth £100,000. The source added: "The new offence allows for an animal cruelty element to be incorporated which isn't possible under theft."

The Environment Secretary George Eustice said: "Pets are members of the family in households up and down the country, and reports of a rise in pet theft have been worrying. The new offence will reflect the fact that pets are not just property that can be replaced,". He added that the change would enable courts to apply the full force of the law against pet thieves to "stop the criminals in their tracks and give peace of mind to pet owners".

The new offence is part of a package of measures drawn up by a cross-government task force including Robert Buckland, the Justice Secretary, and Priti Patel, the Home Secretary, following a surge in dog thefts - some of which are linked to organised crime gangs. As well as the new offence to be introduced in a crime Bill before Parliament, police will test out dog DNA databases because of concerns that microchips can make it hard to trace owners, especially if they are removed from the animals by thieves. Forces are also testing ultraviolet marking of dogs, emulating the technique's use on bicycles. Ministers are also considering extending dog licences, with a "light touch" registration scheme for owners whose pets have fewer than three litters a year. At present, only breeders whose animals have three or more litters a year require a local authority licence. Ministers want to crack down on the black market in dogs. They are pressing for websites to ban cash sales and require formal ID verification from anyone selling pets. Vets are likely to be required to scan any pets' microchips on the first consultation to identify stolen dogs or cats - however, this has raised concerns that this could deter people from bringing animals into surgeries.

The review has also proposed rationalising the existing 16 different dog microchip databases with a single access point. Owners will have to provide more information such as the pets' lineage to help police investigate thefts and councils to keep track of dogs. Mr Buckland said: "These proposals will make sure police can better identify and track down criminals who peddle in this heartless trade, whilst ensuring they are appropriately punished."