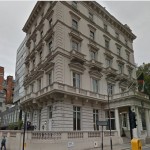 Embassy chef Mr Riaz Uddin worked in the Kuwaiti Embassy in London and, amongst other dignitaries, cooked for royalty.

He suffered a stroke in December 2014 after working a 19 hour shift. He returned to work three months later with limited movement in his right hand and arm and left leg. He also suffered with reduced eyesight and a loss of hearing.

Upon his return to work he was told to prepare meals. His medical condition left him unable to hold a knife or feel heat. He felt "pressured" into returning to the kitchen where he repeatedly burned himself.

He was eventually sacked by the Embassy.

As a consequence of his dismissal he brought proceedings against his former employers and was awarded £23,353 in compensation.

Jill Brown, the Employment Judge presiding over the case, said, "The respondent put pressure on the claimant to recommence cooking." Additionally a panel ruled that embassy bosses subjected Mr Uddin to disability harassment and discrimination.

However it was found that Mr Uddin had not been unfairly dismissed as the embassy was entitled to fire him because he was unable to perform his duties.