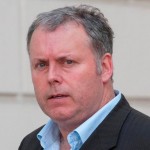 Former football agent Willie McKay will stand trial next year as part of a trial whereby he has been accused of spending in excess of £60,000 whilst listed as a bankrupt. Mr Mackay was the agent who booked the ill-fated flight that led to the death of the footballer Emiliano Sala.

Mr McKay has been accused of spending funds on a luxury Jaguar car and a Rolex as well as gifts for his wife, too.
The Scot, aged 60, appeared in court to deny two counts of "fraudulent disposal of property" under the Insolvency Act. McKay, who was granted conditional bail by a judge at Leeds Crown Court was told that he will a face trial in September 2020.
Further details of his spending spree include £9,100 spent on a Rolex "Datejust II" watch. He then went on to spend £54,000 on a Jaguar XK5 car. It is understood both items were intended to be gifts for other individuals.
Mr McKay, of Glasgow, appeared at Leeds Crown Court and simply confirmed his name, date of birth and nationality. Through his legal team he pleaded not guilty to two counts of fraudulent disposal of property.
The hearing lasted 20 minutes and the court was told that McKay accepted that he made the purchases but denied wrong doing. The trial is expected to start on Sept 14, 2020, and is estimated to last three days.
Should you wish to discuss any legal matter please don't hesitate to contact our Altrincham based legal team.