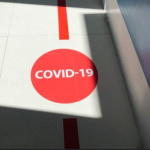 The trade body for banks has said bank scams have leapt by 84 per cent since the virus lockdown.

Cases of so-called "impersonation fraud" nearly doubled in the first six months of the year to almost 15,000 reports resulting in losses of £58 million, according to figures from UK Finance.

This fraud "type" is where members of the public are told to transfer money to a "safe" account or are asked for sensitive personal details by criminals posing as trusted figures. ie. the Government or Police.

In March, the Department for Education tweeted warning of a scam email that was aimed at parents whose children have free school meals. Similarly Trading Standards also told of a scam text, professing to be from the Government, telling people that they had been fined for breaking lockdown rules.

Scammers are also believed to have posed as the WHO offering advice during the pandemic.

A consumer rights expert at issue resolution service, "Resolver" said he feared the figures were "the barest tip of the iceberg". He added, "I have never seen more determined and devastatingly convincing scammers as during the pandemic. These crime figures will only reflect those who actually reported the incident and I would say it sounds like a big understatement."

UK Finance said reported scams had included emails purporting to be from the Government offering COVID-related grants and fraudsters posing as airlines or travel agents to capitalise on the chaos created by cancelled holidays.

An economic crime specialist at UK Finance, Katy Worobec, warned the public to contact an organisation only via official channels. She said, "We are urging the public to remain vigilant and remember that criminals are experts at impersonating people."