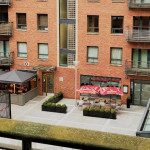 House Sellers may have to replace boilers

Under government plans to phase out gas boilers, homeowners may have to make energy efficiency improvements when selling or renovating their homes.
The Government wants to see new gas boilers phased out within the next decade with its climate change advisers calling for all boilers to be hydrogen-ready from 2025.
As part of a consultation within the strategy the Government is expected to outline options for improving EPC ratings in owner-occupied homes within the coming years. New targets for owner occupiers to improve the energy rating in their home could see homeowners required to insulate their lofts or walls, or install triple glazing.
Buildings account for 17 per cent of the UK's greenhouse gas emissions mostly from the use of gas for heating and cooking. The Government wants to see heat pumps (which work like a refrigerator in reverse) replace the majority of gas boilers with the plan being to have installed 600,000 by 2028.
The Government's climate change advisers have called for all homes on the market to have an EPC rating of C by 2028, and for all those with mortgages by 2033. Measures to enforce new Energy Performance Certificate (EPC) ratings could include linking them to mortgages or require lenders to achieve an average rating across their portfolio.
According to the Environmental Audit Committee around 19 million homes on the market have an EPC lower than C and for some older homes renovations could cost up to £18,000. Earlier this year the Government scrapped its flagship £1.5 billion Green Homes Grant which provided £5,000, or £10,000 to lower income households to fund energy efficiency measures.
Plans for landlords to ensure private rented properties are EPC "C" by 2028 are already under consideration by the Government, and could include some overhaul of the EPC rating system. Other plans include a requirement on heating appliance manufacturers to sell a minimum number of low-carbon heating solutions, similar to requirements relating to electric cars in California and the European Union.
That could see the price of low-carbon heating come down in relation to gas boilers as manufacturers try to incentivise sales. The Government is also expected to announce plans to adjust taxes on energy bills, which currently fall overwhelmingly on electricity, making a heat pump less expensive to run than a gas boiler.