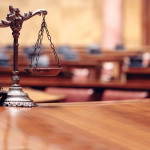 After the Old Bailey achieved gender parity for the first time, the image of Oxbridge-educated male judges dominating the courts is changing.
An equal number of female and male full-time judges now sit at the historic criminal court in central London, including three mothers with school-age children.
Mark Lucraft QC, Lead Old Bailey Judge, said it was a "significant step in the right direction". He said: "I'm a strong believer in diversity of individual background. Certainly, I know quite a number of judges here are not perhaps from traditional areas where judges might have been selected – public school, Oxbridge. "I went to a comprehensive school in north London, the University of Kent, and ended up here." He added that the Old Bailey now reflects society better than "if they are all white, male, privately educated, Oxbridge-educated applicants".  Judge Lucraft said Old Bailey judges were often "men of a certain age" but the most recent additions bring the range down to between 50 and 69.
The most recent appointments include judges Alexia Durran, Simon Mayo QC and Rebecca Trowler QC. Judge Trowler has seemed to specialise in defending those charged with terrorism offences, including Islamic State convert Lewis Ludlow who was jailed in 2019 for a plot to blow up the Disney store on Oxford Street. Her case for mitigation was that he is a "vulnerable man" with autism and depression - but this did not prevent him from being sentenced to life in prison. In her online career biography, her biggest achievements record a long list of terrorist-related cases alongside her representation of former Labour MP Jim Devine during his expenses scandal case. Judge Trowler said: "Sitting as a judge at the Old Bailey is a privilege in of itself and to do so as the court achieves gender parity for the first time is an even greater honour. "This is an important milestone along the way as the judiciary seeks to reflect the society it represents." Judge Durran added: "By appointing judges from a range of personal and professional backgrounds, we are sending a [message] that there is no 'one size fits all' approach in law or the judiciary. "I hope that by seeing female judges presiding over complex and difficult cases in England and Wales, it will inspire other young women and female practitioners to consider law and judicial appointment as a career."
Collings Solicitors