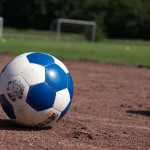 Greater Manchester Police said that the defacing of a mural of Marcus Rashford with abusive graffiti was not racist.
Hours after England lost the Euro 2020 final to Italy, offensive scrawlings were written on the wall on the side of a café depicting the striker's face. The damage was reported as racially aggravated to officers. 23-year-old Rashford, 21-year-old Sancho, and 19-year-old Saka, were targeted with racist abuse on social media after the match. The words "s---" and "b------" were written next to "Saka", referring to Bukayo Saka, who missed the final penalty that gave Italy victory. The words "f--- Sancho", referring to Jadon Sancho, who along with Rashford also missed a penalty, were scrawled over the artwork. An offensive drawing was also daubed over Rashford's face.
The mural was restored by Akse, the street artist who created it in recognition of Rashford's campaign for free school meals during the pandemic, and has been turned into a tribute to Rashford and his team-mates with benevolent messages, shirts and flags. Rashford, who grew up a few streets away from the Coffee Housé Cafe in Withington, Manchester, thanked fans for their support after hundreds gathered there after the final, tweeting "the communities that always wrapped their arms around me continue to hold me up"
The police said: "While the content of the vandalism is not believed to be of a racial nature, officers are keeping an open mind as to the motive behind defacing the artwork." No one has yet been arrested over the vandalism, and the police said investigators had been conducting "several lines of enquiry including CCTV and forensic evidence from the spray paint used, results for which are expected to be returned in the coming weeks".
District commander for City of Manchester division, Superintendent Richard Timson, said: "When we saw the damage done to the mural in Withington we were all left appalled, and we stand with the rest of the community whose solidarity against this vile abuse ever since has really shown the best of our city. "The person responsible for this knows who they are and we believe there will be others who also suspect the identity of this offender, and I therefore urge anyone with such information to get in touch to help progress our enquiries at speed."