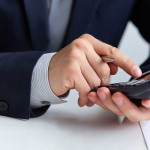 Being called an old woman is actionable insult

A SHOP manager who argued with her boss over pay has won almost £17,000 in an age discrimination claim after he branded her an "old woman".
72-year-old Janet Witt was involved in an argument with Sam Cooper after discovering that she was earning less than the man who ran the adjacent tea room. Mrs Witt sued Mr Cooper for age discrimination, victimisation and unfair dismissal.
The mother-of-three, who ran the shop at New Quay Honey Farm near Cardigan Bay in West Wales for almost two decades, accused Mr Cooper of treating her unfairly. A tribunal held in Cardiff heard that he responded angrily to this, calling her an "old woman" who was "set in her ways". The hearing was told she responded "robustly" by calling him a "fool".
Mrs Witt, a former teacher, had been friends with Mr Cooper's parents and had worked at the shop since 2002. After Mr Cooper took over in 2015, Mrs Witt became frustrated with his management style and alleged that he failed to inform her about changes he wanted to make. In August 2019 she discovered that the manager of the neighbouring tea room was being paid £1 an hour more than she was, and she confronted Mr Cooper about the matter.
The tribunal heard that she said that what she was paid was unfair, and the panel was told that Mr Cooper yelled at her saying "shame on you … how dare you" and that she was "behaving like a child".
The tribunal was told Mrs Witt then left in her car while Mr Cooper was swearing at her, and when she returned to work the following week she discovered that Mr Cooper, in the belief that she had resigned, had offered her job to someone else.
Mrs Witt told the hearing that when she tried to talk to her boss in his office he "shouted over her" and she accused him of discrimination. The tribunal ruled that being called an "old woman" amounts to age discrimination and found in her favour. Mrs Witt was awarded £16,943 in compensation, including £6,000 for injury to feelings, and has since found part-time work in a wool mill.