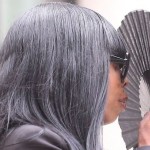 A British woman has been charged with criminally negligent homicide after one of her clients died following a botched buttocks enlargement procedure.
Donna Francis, from Loughton, Essex is alleged to have injected liquid silicone into Kelly Mayhew at a house in Queens, New York.
Ms Francis, 38, allegedly had no medical training and was not qualified to perform cosmetic procedures. Furthermore, liquid silicone injections are not approved for cosmetic procedures in the United States.
The incident occurred in May 2015 when Ms Mayhew, a television presenter, travelled from Maryland to meet Ms Francis. It has been reported that Francis carried out the buttocks enlargement procedure for Ms Mayhew on two separate occasions.
Following the second procedure, Ms Mayhew died when the liquid silicone entered her bloodstream. She suffered from a seizure and began gurgling, unable to breathe. She was later pronounced dead in hospital.
Ms Mayhew's death prompted Ms Francis to flee from New York and come back to the UK. However she has since been extradited back to the US after losing a High Court battle to challenge her extradition.
Her lawyers argued that sentencing Ms Francis to detention in a US jail would be a breach of her human rights and also added that separating her from her young child would have a "devastating effect".
However Ms Francis was told she would still be extradited and if convicted, she would be in prison for less than a year. Lord Burnett said: "The child will remain in the care of close family members and contact with her mother will be possible remotely … There is a clear understanding that, if convicted, [Francis] will receive a sentence that does not exceed a year."
Ealier this month, Ms Francis was charged with criminally negligent homicide and unauthorised practice of a profession. She had pled not guilty and will be back in court in late September.
Should you need support with any legal matter please do not hesitate to contact us for support.