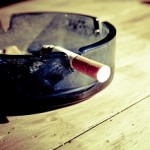 Croydon Council has announced that it will be supporting a new campaign to prevent illegal tobacco being distributed across London.

The initiative is a collaboration between London Councils, London Trading Standards and health professionals across the city.

Their ambition is for the public to be made aware of the implications of purchasing illegal tobacco, and offer advice on how to spot it.

"Our team has had great results in tackling the problem of fake tobacco in Croydon. They work hard to advise businesses of their responsibilities, and take robust action to identify criminals who flout the law and bring them before the courts.

"Quite apart from the fact the low price can prove an inducement to youngsters to start smoking, fake tobacco products have been found to contain a cocktail of toxic substances, some of which are known to cause cancer."

It is thought that over £100 million a year is made through the illegal tobacco trade.

If you are facing a counterfeit goods allegation, call our fraud team for expert, confidential advice. Speak to us today on 0208 681 3999.