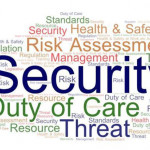 Duty of Care law within year

A House of Lords inquiry has said that the Government should make a "digital duty of care" law within a year, to stop tech giants "profiting from harm".
A report from the Democracy and Digital Technologies committee says Ofcom should be awarded powers as the new online regulator to investigate the secretive algorithms used by social media companies. And they should be given the power to levy large fines, and, if they repeatedly fail to protect users, to block companies from the UK.
The report has been released as the Government is drawing up legislation to protect users from online harms by imposing a duty of care on tech giants. At this point no clear timeline to bring the legislation before Parliament has been announced.
The chair of the committee, Lord Puttnam, said: "These international behemoths exercise great power without any matching accountability, often denying responsibility for the harm that some of the content they host can cause, while continuing to profit from it. That must stop – it is time for the Government to get a grip of this issue"
Further comment was made saying, "They should start by taking steps to immediately bring forward a Draft Online Harms Bill. We have heard that on the current schedule the legislation may not be in place until 2024. That is clearly unacceptable."
The committee warned of a "pandemic of misinformation", especially surrounding the coronavirus on social media, and said tech companies should be held accountable for content they promoted to a wider audience.
Peers have recommended the Government create a separate Ombudsman as well as a new regulator, and that such a move would "both force the tech giants to take down inappropriate content and protect individuals from their content being unfairly taken down by platforms."