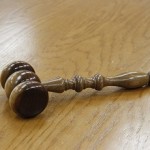 Couples are being forced to "sling mud" at each other during divorce proceedings due to "archaic" laws, the UK's top divorce lawyer has warned.

The government has come under pressure to scrap legislation which requires partners to fault one another in order to end their marriage.

Leading divorce lawyer Ayesha Vardag is lobbying the Tory party to bring to an end the "obsolete" law, after seeing a number of cases where couples have been forced to throw accusations and insults at one another in court.

Under current law, if a couple wants to divorce they must prove that the relationship has broken down irretrievably. This forces the petitioning partner to cite "faults" in their partner's behaviour which they must prove to the court. Mrs Vardag says:

"This nasty mud-slinging as the centre of our divorce process is just obsolete. I see couples who have grown apart and decided they're going to go their separate ways, but they're feeling very fond of each other.

"And then you say right, well we've got to say some unpleasant things about your partner. What shall we say?

"… What shall we pull out of the bag and sneer all over their public records? And that's just utterly disgraceful and unnecessary, and doesn't get anyone anywhere. It's just awful."

If your marriage has come to an end and you need advice regarding your next steps, call our Croydon team today. Speak to us in confidence on 0208 681 3999.