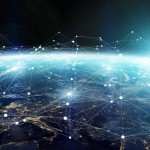 EU immigrants finding it harder to stay in the UK

The EU settlement scheme has seen a spike in its numbers as the figure of rejected individuals rose from 300 in February to 600 in March 2020.
The Home Office oversaw the increase and stated that the numbers were due to either an applicants past criminal activity or their lack of a job, residence or family connection.
By contrast, in the 10 months from the inception of the EU Settlement Scheme, since March 2019 only seven individuals had been rejected.
It has been reported that The Home Office had decided to start refusing what have been described as "ineligible" applications. A large number of whom had been in the system for months. Alegedly there had been "repeated unsuccessful attempts" to obtain missing evidence or information from the applicant.
The Immigration Minister, Mr Kevin Foster, said, "We're always looking for reasons to grant status, and refusals are a last resort. However, we've been clear applications will be refused where an individual is a serious or persistent criminal, or does not meet the eligibility criteria for the scheme."
Additionally he added, "Throughout the coronavirus pandemic, applicants have still had access to a range of support either online, by email, or telephone. Often our caseworkers will have also worked for months to get in touch with an individual to help them provide the evidence required and if someone has been refused they have until June 30 2021 to make another application."
There has also been, apparently, a large rise in "invalid" applications. These are classed as circumstances where individuals have failed to provide the necessary initial information such as passport details or a valid address.
A further 23,900 applications have been declared void or withdrawn.
The Director of Oxford University's Migration Observatory, Madeleine Sumption, said some of the refusals would be criminal and some would be fraudulent. She said, "The others could be people who are eligible but cannot provide any documentary evidence or fall off the tracks for some reason because of a vulnerability of some kind. It is very difficult at this stage to know anything more."
Numbers published in April showed that 3.47 million EU citizens had applied to the scheme to carry on living and working in the UK after freedom of movement with the EU ends. Of this number 3,147,000 had been granted.