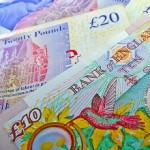 A woman who falsely claimed her husband had died in the Grenfell Tower fire, claiming £10,000 in funds allocated for survivors, has appeared in court.

Joyce Msokeri, 46, of Sutton, is charged with seven counts of fraud. It is also alleged that she falsely claimed to have a child in intensive care following the blaze.

The charges allege she made false representations to the Royal Borough of Kensington and Chelsea for money and accommodation at the Hilton hotel and to charities in order to obtain clothing and food.

She is also alleged to have made false representations to HMRC and a GP surgery in Kensington and Chelsea.

"It is a substantial amount of money. It is in circumstances where it is akin to a fraud on a vulnerable person who has been injured.

"It is similar to that in that of course there is a finite pot and the more that is taken out illegally, the less there is for those that deserve it."

Ms Msokeri is due to appear at Southwark Crown Court on October 3.

If you are facing a fraud allegation, contact our team for expert, confidential legal advice. Speak to us today on 0208 681 3999.