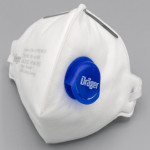 The first headteacher to speak out against face masks in the classroom, David Perks, was placed under investigation by the school's governing body and subjected to immense pressure from the Government to retract his remarks.
In February, the Prime Minister announced that when schools returned on March 8 secondary pupils would need to wear face masks anywhere indoors where they could not socially distance, including in the classroom as well as in corridors.
At the time he said it was a temporary measure and would be reviewed by Easter – but it was then extended until May 17 at the earliest. Speaking in February, Mr Perks said that students will be left to decide whether they wish to wear a mask in the classroom, but that the school will not enforce it.
He said at the time: "It puts a psychological and physical barrier between staff and children that is just destructive," and added, "To do now what we have not done for a year and to put a restriction on our ability to teach children just does not add up."
According to correspondence seen by the magazine Schools Week, a regional schools commissioner at the Department for Education, Sue Baldwin, wrote to the school saying she was "concerned about the stance" following "worrying articles" and was later assured by the school's chairman of governors, Adam Atashzai, that "despite his personal views" the headteacher would follow the Government's guidance.
Mr Perks declined to comment.
There is now growing concern about the requirement for secondary pupils to wear masks in lessons despite the very low Covid rates in schools. Emeritus professor of education at Derby University, Dennis Hayes, said that mandating the use of face masks in the classroom is a "terrible thing to do".
He said: "It takes away all the subtlety of education, all the expressions. It distorts the whole teacher-pupil relationship. You can get that one quizzical look or an expression with your mouth that says 'I don't agree with this' or 'I don't understand this'. It is killing informal interaction in the classroom and to me that is killing education."
The Education Secretary, Gavin Williamson, is facing two legal challenges over the guidance on face masks in the classroom. The first, from the National Deaf Children's Society, argued that the guidance on face masks was "unlawful, irrational and inconsistent" with his legal duties. The second, from UsForThem, said there was "no credible scientific evidence" to support the policy, which raises "serious questions of children's health".
Dr Mary Bousted and Kevin Courtney are joint general secretaries of the NEU, the largest teacher union in the country. In January, Dr Bousted said staff and pupils should wear masks indoors "at all times" The general secretary, Dr Patrick Roach, has been calling for the introduction of compulsory face coverings in schools since September 2020 and has supported the wearing of face masks in the classroom since summer 2020, when he argued that mandatory face masks in certain public facilities for children aged over 11 meant they should also wear them at school.
The new general secretary, Christina McAnea, also signed the letter to Gavin Williamson on face masks. She has said that "toughening safety measures" is the best way to keep staff and pupils safe."