0208 681 3999
info@huneewothsolicitors.co.uk
Menu Email Phone
Jail for Drug Dealer Who Pretended to be Portuguese 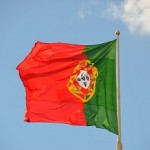 Jail for Drug Dealer Who Pretended to be Portuguese

A Croydon drug dealer who pretended to be Portuguese when he was pulled over by police has been jailed for more than four years.

Artinis Hajdarmataj, 20, was jailed for four years and six months at Guildford Crown Court on August 10 after pleading guilty to two counts of possession with intent to supply cocaine.

Hajdarmataj, an Albanian national, was initially stopped in Banstead on May 3 by Surrey Police. When asked for his driving licence Hajdarmataj produced a Portuguese licence and claimed to be called Samuel Alves.

When challenged, he could not speak any Portuguese and was arrested on suspicion of being in possession of a controlled identity document with intent.

He was arrested a second time, on July 12, where he claimed to be called Joao Damiano, another Portuguese national, but again could not speak any Portuguese.

His car was searched and bags of cocaine were found hidden inside a panel by the steering wheel along with large amounts of cash.

If you have been accused of a drugs offence, call our Croydon team for expert, confidential legal advice. Speak to us today on 0208 681 3999.