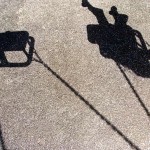 New research by two British charities that work with vulnerable children, a quarter of trafficked children who were in the care of local authorities in the UK last year have going missing from the system.
The report – to be published this week and seen by the Observer – shows that of the 1,015 children reported by local authorities as identified or suspected victims of trafficking in 2017, 24% – 276 – have gone missing from the care system. The new figures raise serious questions about the capacity of local authorities to provide a safe environment for vulnerable children who arrive in the UK alone, or after being rescued from trafficking gangs.
The findings are taken from Freedom of Information requests to 217 local authorities with responsibility for children's social care in England, Wales, Northern Ireland and Scotland.
The charities ECPAT (Every Child Protected Against Trafficking) and Missing People found that, in total, 5,780 unaccompanied and trafficked children were reported as being in local authority care in 2017, an 8% increase on 2014-15. The study found 15% of unaccompanied children had also gone missing from care. Overall, 190 of the total missing children have not yet been found.
The co-author of a Missing People report, Jane Hunter said: "Trafficked children are going missing at a rate of more than 30 times that of other children, and more than double that of other looked-after children."
This is happening despite government attempts to improve the system of identifying trafficked children through the national referral mechanism (NRM). There were 2,118 children referred to the NRM in 2017, a rise of 66% on the previous year, but the true number of trafficked children is likely to be much higher, based on UK government estimates.
"Trafficked and unaccompanied children are particularly vulnerable, and may go missing back into a highly exploitative situation to those they were trafficked by or others," said Hunter.
Catherine Baker, co-author of a report from ECPAT, said it was "an on-going hidden scandal that so many child-trafficking victims and unaccompanied children continue to be failed by the UK care system".
The data is based on research conducted by the charities in partnership with University College London. It shows that in comparison with a previous report published in 2016, the numbers of trafficked children had increased by 58% up from 590 from 2014-15. Baker said these figures might show "some tentative signs of improved identification and recording". Though she cautioned that "whilst there are signs that identification of these children may be improving, it appears as though safeguarding responses may be getting worse".
The data identified that for some local authorities, missing trafficked or unaccompanied children made up a significant proportion of their overall looked-after children population.
Across the UK 38 local authorities reported having at least one child who had not been found, with Kent having the highest number at 38, followed by Rochdale at 17 and central Bedfordshire at 14.
Despite the increase in the numbers of missing trafficked and unaccompanied children, Baker said, "funding for children's services has been drastically reduced". She added that "it is unacceptable that there is still no systematic collection of this data and that it is not centrally recorded, leaving harm done to these children largely invisible".
Nadhim Zahawi, childrens and families minister said: "The safety of children is paramount and any child going missing from home or care is of serious concern.
"We require all care placements to have clear procedures in place to prevent children from going missing. Local authorities must be informed if a child in care is missing – so they can take appropriate action."
If you require confidential, legal advice regarding a similar matter, contact our team of specialist immigration solicitors on 0203 681 3999