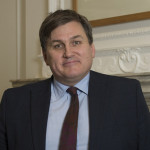 Low value shoplifting must be prosecuted

The policing minister Kit Malthouse has written to police chiefs ordering officers to stop the effective decriminalisation of shoplifting thefts under £200.00.
In a strongly worded letter Mr Malthouse reminded every chief constable that they "can and should" be prosecuting thieves who steal small-value items. He also urged forces not to threaten shops with having their license to sell alcohol revoked if they are subjected to lots of crime stating that it "could discourage" owners from reporting offences.
Most forces no longer attend reports of routine retail theft only sending in an officer if there has been a threat of violence against a member of staff. Despite shoplifting being estimated to cost the UK economy around £1.9 billion a year a change in the law in 2014 means that even if shoplifters are caught those charged with the theft of goods below £200 no longer have to attend court and often escape with a small fine.
Many shopkeepers claim that they have been left helpless at the hands of persistent thieves who act with virtual impunity as a result of these changes.
Mr Malthouse, in his letter, has urged forces to consider the impact that shoplifting has on the retail sector and those who work within it saying that the section of the 2014 Act, which introduced the £200 threshold, "does not constrain the ability of the police to arrest or prosecute someone in the way they feel is most appropriate".
He confirmed that the 2014 Anti-Social Behaviour, Crime and Policing Act would be reviewed by the Government, who would also assess whether the £200 figure was still appropriate. Chief executive of the Association of Convenience Stores, James Lowman, said, "The police can only do so much with the existing resources available to them, which is why a joined-up approach from government, through Police and Crime Commissioners, down to beat police officers is needed to ensure that the police and justice system can effectively deal with the tens of thousands of crimes committed against our members every year."
Speaking for the British Retail Consortium Graham Wynn said, "Shoplifting harms ordinary people, pushing up the prices of everyday items and endangering the livelihoods of shops small and large."
However, police forces have reservations, with Simon Kempton of the Police Federation of England and Wales stating, "I have concerns about the creeping decriminalisation of some offences. We have got far fewer officers than we used to have and a far wider role."