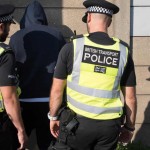 Amid mounting concern over knife attacks Police want to scrap the requirement that "reasonable grounds" are needed before a person can be subjected to a search.
Police chiefs want to trigger an expansion of stop and search by lowering the level of suspicion an officer needs against a suspect to use the power.
Sajid Javid and senior officers have held talks to discuss the issue.
The proposals, which apply to England and Wales, would also make it more likely that those caught with a knife could be dealt with by an education programme, the so-called public health approach, rather than ending up before the courts.
The deputy chief constable of the British Transport Police, Adrian Hanstock and national lead on stop and search for the National Police Chiefs' Council confirmed the plans.
Hanstock told the Guardian: "There are a lot of calls for officers to do more stop and search. But the current individual threshold that officers have to meet is very tight and precise. So is there any appetite to reduce that threshold where [an] officer has a genuine fear that the person is at risk, or there is a safeguarding threat, or is a risk to others?
"If that officer does not have sufficient grounds or X-ray vision to see they are carrying a weapon, and they are concerned they may have something to cause harm, that should trigger a search.
"They will still have to record what has concerned them."
Concerns have been rising in London about knife killings and calls from some to use stop and search more.
Stop and search is one of the most controversial powers police use on a daily basis, because black people are around nine times more likely to be targeted for its use than white people, by a police force that remains disproportionately white.
Theresa May has raised her own concerns saying it eroded the trust ethic minorities have in the police as the vast majority of those stopped turn out to be innocent.
Hanstock said the new proposed stop and search laws could fit better as a public health issue, and not one solely for the criminal justice system. "The outcome of a positive search, does not have to be a criminal justice solution. What's the alternative? It could be a health or welfare approach."
Hanstock said there was a difference between someone stopped with a knife who has a record of violent offending and a 13-year-old with a knife who suffers from bullying. "This is the daily dilemma our teams have to deal with," he said
"The police mindset is on finding evidence and criminality. The question is, what if the police mindset was more about safeguarding people from harm?"
The current law governing stop and search is contained in the Police and Criminal Evidence Act (Pace) of 1984, which says an officer requires "reasonable grounds for suspecting" someone before they can use their powers.
Hanstock said the law was out of date "When Pace was enacted in 1984, it was built on 1970s thinking. The factors that motivate violence today are not a look across the dancefloor or spilling someone's pint, they are online and generating feuds online," he said.
"Now the trigger points that cause violence are not in the street, they are in internet chat rooms and in online communities. That is where the feuds are incubated. Then the individuals come together physically."
The London mayor, Sadiq Khan, last week said it could take a decade to tackle the root causes of violent crime, which has claimed 119 lives this year in the capital. Hanstock said: "It's about what breaks the cycle … How can we be more agile now?"
He accepted the plans would trigger controversy, saying: "I think it would raise concerns with civil liberties groups that we could be using this as an excuse to search more people."
Katrina Ffrench of Stopwatch, which campaigns against misuse of the power, said: "The evidence indicates that reasonable suspicion already fails to provide a sufficiently robust safeguard against misuse, so it is deeply concerning that the police are considering weakening it further.
"It should not be accepted that police can just make up a different standard to suit themselves. This kind of power would be too wide and open to abuse. Any lowering of the threshold … would be a step backwards and could encourage abuse of the power.
"We are seriously concerned about the implications of introducing suspicious-less searches on the legitimacy of policing by consent and the relationship between impacted communities and the police."
Javid told the Police Federation in May: "I have confidence in your professional judgment. So let me be clear, I support the use of stop and search."
Hanstock welcomed the change in tone about stop and search from Javid, who became home secretary in May. "The government are signalling we have seen police are taking it seriously, now use your powers in a proper way, and you have our support," he said.
The rate of use of stop and search powers dropped under pressure from the government but has increased in recent months in London, with police saying it is now more targeted and intelligence led.
If you would like to speak to one of our specialist solicitors in confidence contact the team on 0208 681 3999