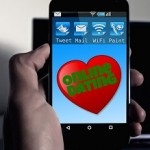 Police in London have launched a new initiative to tackle the rise in dating fraud, which has cost victims more than £40 million since 2015.

Earlier this year, Croydon woman Neelam Desai avoided prison for a scam in which she stole from three different men she had met on a dating site.

Desai told her victims she could get them discount goods in return for cash, and also convinced them to pay for non-existent hotel rooms and holidays. She received a suspended sentence for conning the men out of a total of £56,000.

Statistics from City of London Police show that dating fraud victims lose £10,000 on average, with 45 per cent of victims saying the fraud had had a "significant" impact on their physical or financial wellbeing.

"The people who perpetrate this type of offence are ruthless, organised, committed and without conscience to the pain, embarrassment and financial loss they cause to their victims. Their methodology is sophisticated.

"This campaign is the beginning of a collaboration designed to prevent these type of offences from occurring, by raising awareness among the public and by identifying and targeting the key techniques that the suspects use."

If you need assistance with an allegation of fraud, call our team on 020 8681 3999 for confidential legal advice.