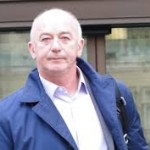 Police Officer who dodged train fare was tackled to ground

A senior police officer, who was at the forefront of the response to the 7/7 terrorist attacks, was chased and brought to the ground after dodging a train fare.
Mr Brian Tarpey, 58, was a former counter-terrorism expert and he used an "old" warrant card to avoid paying a £7.40 ticket. At the point he was confronted at Victoria Station, he ran away.
Currently serving Police officers are entitled to receive free travel within a 70-mile radius of London. Prosecuting the case Malachy Pakenham told Westminster magistrates' court that Tarpey "had identified himself at the ticket barrier as a police officer and flashed his warrant card".
But after being confronted by the Metropolitan Police's standards officers he admitted he was no longer a serving officer and attempted to flee.
Mr Pakenham commented, "The police officers gave chase and told him to stop running. He continued to run to the platform exit and the pursuit continued into the street."
A leading officer in the chase subsequently tackled Tarpey fearing he was "reaching for a weapon" as he saw him "fiddling around with something".
Mr Tarpey's old warrant card, attached to a blue lanyard, subsequently fell to the floor. The court heard that when he retired he failed to hand back the document. During the pursuit Tarpey ruptured his hamstring.
Tarpey had a distinguished 30-year career with the Met told police said, "I stupidly did what I did to get through the barrier because that's what we used to do. Yes, I was dishonest and stupid and I knew I had done something wrong."
Michael Field, defending, described the offence as a "moment of madness" and said, "He is truly remorseful and utterly regrets this moment of panic and says it has simply destroyed him.
Tarpey subsequently pleaded guilty to impersonating a police officer on May 2, with intent to deceive. He was conditionally discharged for 12 months and ordered to pay £85 costs plus a £20 victim surcharge and £7.40 compensation.
Should you need support with any legal matter please do not hesitate to contact us for support.