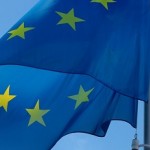 Theresa May has appealed to EU nationals not to leave Britain after Brexit by telling them directly 'I want you to stay.'

The Prime Minister has issued an open letter to win over Europeans who have moved to the UK, and says she understands their 'underlying anxiety' at their future when we leave the European Union.

In the letter, Mrs May told EU citizens their rights would be written into UK law through a Withdrawal Agreement and Implementation Bill. She also confirmed that their rights will be guaranteed by the European Court of Justice for eight years.

"You can look forward, safe in the knowledge that there is now a detailed agreement on the table in which the UK and the EU have set out how we intend to preserve your rights - as well as the rights of UK nationals living in EU countries.

"For we have ensured that these negotiations put people first. That is what I promised to do and that is what I will continue to do at every stage of this process.

"I wish you and all your families a great Christmas and a very happy New Year."

If you need assistance with any aspect of coming to Britain or remaining in the UK, call our Croydon immigration team today. Speak to us in confidence on 0208 681 3999.