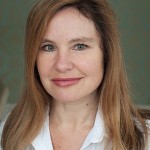 Smarty Pants Is A Hate Crime

An academic, Dr Sonja Flack, has called for the usage of terms such as "nerd" and "geek" to be considered as hate crimes and punishable as such. She commented that using such terms were "divisive and humiliating".
After reviewing the impact of bullying on high IQ individuals Dr Falck, a psychology lecturer and psychotherapist, said the terms are hate crime's "last taboo".
She also commented, from her Harley Street psychotherapy practice, that harmful words should be categorised in the same way as homophobic, racial, and religious slurs under hate speech legislation.
As a specialist in individuals with very high IQ, Dr Falck has spent eight years researching discrimination and interviewing high-ability adults about their own experiences.
Questions seem to revolve around "belonging" and she commented that, "that's where being taunted with names like 'nerd' or 'egghead' or 'brainiac' comes in because the person is being set apart as being different to others and feeling like they're a misfit and they don't belong."
Dr Falck said the next government must take legislative action to force a change in the way society behaves. She also commented that, "Other insulting slurs about age, disability, religion and gender identity remained in widespread use until [recently]. Society at the time turned a blind eye to their impact by passing them off as harmless banter. It is only with the benefit of hindsight and academic research that we realise how wrong we were".
Further comment was made, "The same can be said about anti-IQ words like 'nerd', 'brainbox', 'geek', 'egg-head', 'dweeb' and 'smarty-pants'." Her final comment was, "slurs such as these will continue to be used unabated until legislative action is taken."
Should you need support with any legal matter please do not hesitate to contact us for support.