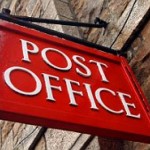 Boris Johnson has committed to an Independent Enquiry following a legal decision that affects hundreds of sub-postmasters throughtout the UK.
During Prime Ministers Questions the Labour MP for Jarrow raised the issue and compared it to a "scandal". Kate Jarrow MP said, " "Like many other sub-postmasters, my constituent Chris Head was victim to the Post Office Horizon IT system scandal."
She further commented, "These errors have resulted in bankruptcy, imprisonment and even suicides. Will the Prime Minister today assure Chris and others that he will commit to launching an independent inquiry?"
In return the PM said, "I am indeed aware of the scandal to which she alludes and the disasters that have befallen many Post Office workers – I've met some of them myself – and I am happy to commit to getting to the bottom of the matter in the way that she recommends."
The Post Office used a system called Horizon which was subject to a number of software defects which led to the misallocation in the sub-postmasters' branch accounts. This was the case over a number of years.
Consequently hundreds of individuals were accused of false accounting and theft. Some were made bankrupt, while others were prosecuted, and even jailed.
Mr Justice Fraser, at the High Court in 2019, approved a £58 million settlement between the Post Office and more than 550 claimants over the scandal. The Judge has subsequently referred matters to the Director of Public Prosecutions.