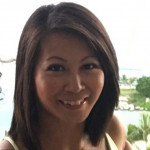 A female sales executive who earned £750,000 a year in commission has won a sex discrimination case after her employers "Salesperson of the Year" award went to a male colleague who brought in less revenue.
A sales manager at software company Splunk, Nadine Lee, alleged she was discriminated against when she did not receive the prestigious award, despite bringing in the most revenue. Ms Lee also claimed her male bosses "went behind her back" by stripping her of multi-million pound accounts without her consent in favour of a new salesman.
Ms Lee sued her employers for unfair dismissal and sex discrimination arguing that new recruits were given "preferential treatment". Ms Lee, who is of Asian descent, stated, "This appears to be an old boys' network and a high-performing female from an ethnic background with an outstanding performance is being pushed aside for the furtherance of that network."
Ms Lee had worked for the company as a global account manager from February 2013 until her resignation in August 2018. She had received numerous emails from bosses praising her for her "masterful" work after closing a series of deals worth $3.5 million (£2.67 million), $9.1 million and $12 million. Despite her success, and being regularly praised by colleagues at the London office for negotiating high-value deals with some of the largest banks in the world, Ms Lee was "pushed aside for an old boys' network". A London tribunal heard she had been encouraged by her bosses to take six months' leave over concerns that she would "burn out".
Ms Lee's profitable accounts were then handed over without her permission to newly hired salesmen. Ms Lee was shocked to discover upon her return that she was being given accounts of significantly less value.
A tribunal report revealed an incriminating gender unbalance at Splunk with men making up for "90 per cent of its upper pay quartile".
Sitting at the employment tribunal, Employment Judge Lewis ruled in Ms Lee's favour over her claims of sex discrimination but found that her employer's choice to give the award to her colleague did not amount to discrimination as the decision had been at the "discretion" of her boss.
The tribunal heard accounts had been hurriedly transferred to male executives only three weeks before Ms Lee returned from leave. Judge Lewis said the reallocation of accounts would not have happened if she were a man and was "humiliating".
Judge Lewis said, "Removing and reallocating [accounts] without Ms Lee's consent was a detriment. The claimant was a top performer, if not the top performer, in the Europe, Middle East and Africa division for many years."