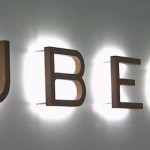 Private Car Hire company Uber will retain it's licence to operate in London after the firm survived a high court challenge. Judges rejected claims of bias from a number of black cab drivers.
With the assistance of a crowdfunding legal bid the taxi drivers contested Ubers 15 month permit to operate by suggesting that the magistrate involved in the case had a conflict of interest.
A group representing the drivers (The United Cabbies Group) had hoped to overturn the firms licence granted by Chief Magistrate Emma Arbuthnot. Initially Transport For London had refused to renew Uber's Licence stating safety concerns.
Courtesy of a hearing earlier this month the United Cabbies Group (UCG) argued that the magistrate should have established that there was no conflict of interest involved with her participation in the case. When in fact there has been a suggestion that her husband has financial dealings with Uber.
Unfortunately Lord Chief justice Lord Burnett and Mr Justice Supperstone dismissed their case this month.
Burnett stated, "Having ascertained all the circumstances bearing on the suggestion that the judge was biased, we consider that those circumstances would not lead a fair-minded and informed observer to conclude that there was a real possibility that the judge was biased in this case."
And then added that the "tenuous connections unearthed" by UCG fell "well short of evidence that would begin to give a fair-minded observer even pause for thought".
In a further blow to the cabbies attempts to reverse Ubers gains in the city the company has put in a claim for costs which could see the cabbies costs rise to include both the £150,000 to £200,000 in their legal costs, plus a further £48k costs for TfL.
Additionally the London Taxi Drivers Association will also be liable for 10-20% of the costs.
In precis Uber did enough to convince Arbuthnot that the firm had changed sufficiently to give it a short licence, with stringent conditions. Whilst the judge remained critical of the firm, in her ruling, she did allow a licence to be granted untill September 2019.