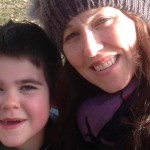 The government have announced a relaxation of laws governing access to the cannabis-based medicines which now allows doctors in the UK to prescribe the substance.
Due to the relaxation of the laws thousands of people with drug-resistant conditions will potentially be able to use cannabis-derived medicinal products for home treatment. Sajid Javid said they should be placed in schedule 2 of the 2001 Misuse of Drugs Regulations, which will now allow clinicians to prescribe them by the autumn.
Previously cannabis has been classed as a schedule 1 drug, meaning it cannot be lawfully possessed or prescribed and has no therapeutic value. This new decision comes after Sally Davies, the chief medical officer for England and the drug advisors separately concluded that here was evidence to suggest therapeutic benefit for some conditions.
Two recent high profile cases involving children being denied access to cannabis oil to control epileptic seizures have prompted this review. Both children, Billy Caldwell, 12 and Alfie Dingley, 6 have forms of intractable epilepsy also known as refractory epilepsy, that has seemingly been eased using cannabis oil.
Announcing the changes, Javid said: "Recent cases involving sick children made it clear to me that our position on cannabis-related medicinal products was not satisfactory. This will help patients with an exceptional clinical need but is in no way a first step to the legalisation of cannabis for recreational use."
Reports were announced of divisions within the cabinet over the approach that should be taken with Theresa May disagreeing that a review should even take place.
Javid, the commissioner of both reviews, told parliament that if experts identified significant medical and therapeutic benefits, he would be minded to follow their advice.  Javid has ruled out legalising the drug for recreational use.
The Department of Health and Social Care and the Medicines and Healthcare products Regulatory Agency will now develop a clear definition of what constitutes a cannabis-derived medicinal product so they can be rescheduled and prescribed. Only products meeting this definition will be rescheduled.
For legal advice regarding any similar matters, contact our specialist team on 0208 681 3999