0208 681 3999
info@huneewothsolicitors.co.uk
Menu Email Phone
Violent attacks on police officers up 27 per cent in a year 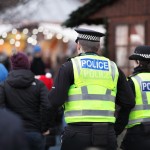 The number of violent assaults on police officers where constables suffered an injury has risen 27% in just one year. In 2017, 8,157 incidents were reported compared to 10,399 the following year.
The figure is almost doubled for the number of assaults without injuries which is up from 18,138 to 20,578 - an increase of 13% year on year.
The figures equate to an average of 28 assaults on police officers every day of the year. Thames Valley (where Pc Andrew Harper was murdered) has suffered one of the biggest increases, up by over a third in the past year.
The Police Federation of England and Wales, which represents frontline officers, attributes the rise in violence to a change in attitude towards police officers.
Jon Apter, chairman of the federation said: "I have 26 years' service and without a shadow of a doubt, attitudes towards violence against police officers in particular have changed considerably,"
He added: "To some it is almost a sport. For wider society, life seems to come cheap.
"They think nothing about sticking a knife in you for a pair of trainers… The level of violence used to escape justice is off the scale. It needs more than warm words, it needs action."
Mr Apter claimed that criminals aren't scared of the consequences as the courts have failed to impose tougher sentences for violent assaults. He also added that new laws introduced in November last year, were designed to protect emergency service workers however they are still failing to deter criminals.
He commented: "We are seeing time and time again police officers who are victims of weak sentences that are not a deterrent."
Since 2013, a number of police officers have been killed in the line of duty including the recent murder of Pc Andrew Harper, who was killed on August 15th while attending a reported burglary in a rural area of Berkshire.
Should you need support with any legal matter please do not hesitate to contact us for support.