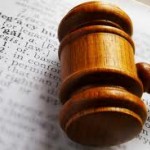 Solicitors Insurer to pay court costs after a wills mix up

A solicitors Insurer has been ordered by The Supreme Court today to pay the costs over a Will dispute when a married couple signed the wrong draft of the Will.

Judges of the court agreed Marley vs Rawlings should pay the costs for both parties where they contested a £70,000 inheritance.

The case began after the death of Alfred and Maureen Rawlings. They had both signed each other's wills and intended to leave their estate to Terry Marley who they treated like their own son.

Both couples' sons found out the mistake and challenged the Will.

Marley won in court which meant both Wills were valid but the matter of the costs should have been incurred by both sons according to the solicitor.

The court deemed it would be unfair if costs were settled by the parties involved as the Marley estate would suffer a loss.

The judgment said: "This is not a case where it could possibly be right to ignore the position of the solicitor. The problem in this case arose as a result of the solicitor's negligence, and the insurers, on behalf of the solicitor, had required Mr Marley to bring proceedings to seek to have the will upheld."

Alex Bagnall, head of commercial litigation costs for Law Lords commented on the case saying, 'The insurers put themselves in the position of third party funders which meant they're was control over the hearing with an advantage to gain from the outcome.

If you need help with Will writing, please don't hesitate to contact our friendly solicitors. Call 01772 88 2888 or email info@ellencourtlaw.co.uk

We don't believe we're your typical "high street" legal practice. We're committed to our clients well-being whether they're lucky enough to live in the Preston area or elsewhere in England or Wales... and that's what sets us apart from our competition....

Why not try us on the basis that we'll work hard to keep you as happy, satisfied, customer !