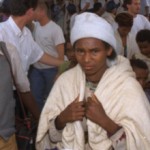 A government fast-track appeal system for processing asylum applications has been officially quashed by the Court of Appeal.


Mr Justice Nicol, sitting in London earlier this month, declared the system used to speed up the claims process of asylum seekers kept in detention "structurally unfair" and ordered it to be quashed. The High Court judge put a stay on the order taking effect to give the Lord Chancellor time to bring about his appeal, which was this week lifted at the request of the campaign group Detention Action.

Lawyers acting on behalf of the Lord Chancellor agreed not to deport any applicants losing access to fast-track cases pending the appeal, however, they argued that fast-track should still be used by tribunals despite Mr Justice Nicol declaring it unlawful.


"We are delighted that asylum-seekers will no longer face a detained appeals process that is so unfair as to be unlawful.


"It is unfortunate that it has taken so many court rulings to finally suspend this deeply flawed process.


"People seeking protection from war and persecution deserve better from British justice. We hope that the government will take this opportunity to reflect and develop a different approach that is fair."


If you need helping making or appealing an asylum application, contact our immigration solicitors on 0845 603 0708 for advice.