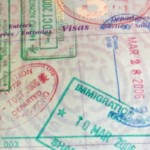 Immigration to the UK has reached a record high as tens of thousands of migrants flock to the country to work.


According to a report from the Office for National Statistics, estimated net migration hit 336,000 in the year to June, a staggering increase of 82,000 compared with the previous 12 months. There has been a dramatic rise in the number of Romanians and Bulgarians coming to Britain but the real surge in arrivals is being driven by a record influx of people arriving to the UK seeking work.


The UK's net migration, which has been increasing at an unprecedented level for two consecutive quarters, has sparked fresh enquiries into the government's aim of reducing net migration to below 100,000. Net migration of EU citizens has also increased from a relatively low 42,000 to a high 180,000, with non-EU citizens increasing from 36,000 to 201,000.


The data also shows that three quarters of the growth in employment over the last year was accounted for by foreign nationals as a total of 294,000 people came to the UK to find work in the year to June.


If you need help with a visa application, British citizenship or Asylum, contact our immigration solicitors on 0845 603 0708 for advice.