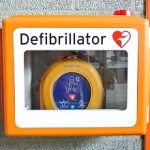 An inquest has heard that that life-saving equipment used on a Spanish beach to attempt to resuscitate a dad was "woefully inadequate".

Carl Thompson, from Heckmondwike, died two days into a family holiday to the island of Fuerteventura, last August.

The Bradford inquest heard from witnesses who detailed the chaotic scenes on the beach. The first defibrillator used by lifeguards on the council-run beach had a missing battery pack, and it took over 50 minutes for a second defibrillator – which was also faulty – to arrive at the scene.

Other parts of the lifeguards' emergency kit were also missing or damaged. The other damaged equipment included a valve-bag which would have been used to 'bag' air into Mr Thompson. However, the item was unusable as it had a hole in it.

The inquest also heard that there was a further delay in an ambulance arriving with a third defibrillator because the hotel was "in the middle of nowhere."

Commenting on the faults with the defibrillator, Coroner Martin Fleming said, "It's fair to say it was woefully inadequate."

If you have suffered an accident abroad that wasn't your fault, you may be entitled to compensation. To find out if you might have a claim, speak to our team on 0845 603 0708 today.