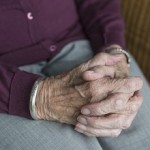 Lancashire County Council has been fined just £750 after failing to provide sufficient care to a disabled man in the period before his death.

An investigation by the Local Government and Social Care Ombudsman found that despite two occupational therapists identifying the man's need for a special chair, it had still not been provided some seven months later, when the man passed away.

The council's delay in making arrangements for the chair meant the man had to spend the final weeks of his life bedbound.

"The Local Government Ombudsman found fault on the part of the Council, and this caused injustice to the complainant. The county council has apologised fully to the family for the distress caused by its failings.

"Lancashire County Council has agreed with the action recommended by the LGO and drawn up an action plan to address the shortcomings identified in his report."

If your health has suffered because you received substandard care from a medical professional, you may be entitled to compensation. Call our Burscough claims team on 0845 603 0708.