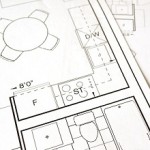 A development of 66 new homes in Burscough is due to start in the next couple of months, after Nexus Planning secured planning permission on behalf of housebuilder Taylor Wimpey.

The scheme includes a combination of two, three, and four-bedroom homes and apartments on what was previously industrial land on Briars Lane.

The land is next to a separate, recently completed, Taylor Wimpey development at Delph Green.

After the main occupiers of the Briars Lane site moved to modern premises elsewhere in Burscough, the vacant industrial estate became underutilised and was falling into a state of disrepair.

"The industrial units on the site had been under-occupied for years and the site was becoming increasingly deteriorated and unfit for modern employment uses. Its redevelopment for new homes will complement the existing residential areas surrounding the site and will bring significant environmental improvements to the area."

If you are buying or selling residential property, call our team for a free, no obligation conveyancing quote. Speak to us today on 0845 603 0708.