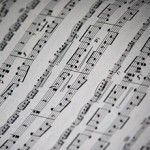 Ed Sheeran has settled a £13.8m copyright infringement claim against him in the US over his hit song Photograph.

Leonard and Harrington's track was released by X Factor winner Matt Cardle in 2012. A lawyer for the pair confirmed that the claim had now been settled.

On Friday, court papers were lodged dismissing the case "with prejudice," stipulating that a California federal court would enforce the terms of an agreement. Richard Busch, the lawyer who represented Leonard and Harrington, would not comment on the settlement terms.

The songwriters originally claimed the choruses of the two songs shared 39 identical notes, resulting in similarities "instantly recognisable to the ordinary observer." They submitted the chord structures for both tracks in court documents.

Mr Busch is the same lawyer who last year won a case for the family of Marvin Gaye against Robin Thicke and Pharrell Williams over their single Blurred Lines.

If you are in dispute with an organisation or an individual, our Suffolk mediation solicitors may be able to help. Call our team on 01206 299 282.

Here at Gillbanks Law we specialise in all aspects of Family Law.