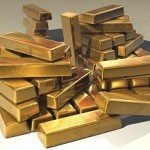 A British wife has won £453 million from her ex-trader husband, in what is thought to be a record-breaking divorce payout.

The 61-year-old man built his fortune in the Russian energy business. Now, his 44-year-old spouse has been awarded 41.5 per cent of £1 billion fortune.

London's High Court heard that the unnamed couple met in Moscow in 1993, but moved to Britain the same year, to live in Surrey.

Mr Justice Haddon-Cave said there had been a disagreement over when the couple separated, but that the husband had been "very generous with gifts."

He had bought her £300,000 worth of jewellery, and given her use of a yacht, plane and helicopter.

The divorce award may be the biggest by a judge in England, though according to lawyers it is difficult to say conclusively because payouts often remain private.

The biggest divorce settlement of all time is thought to be the £1.5 billion paid by US billionaire Alec Wildenstein to his ex-wife, Jocelyn.

If your marriage has come to and you need legal advice relating to your next steps, call our Suffolk divorce team in confidence on 01206 299 282.

Here at Gillbanks Law we specialise in all aspects of Family Law.