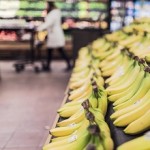 Booths Supermarket Chain on the Market

Supermarket chain Booths has reportedly been put on the market for between £130m-£150m.

The retailer, which runs one of the key units at Burscough's Ringtail Retail Park, is said to have made a £6.3m loss in 2016.

The Preston-based company has been owned by the same family for five generations since tea dealer Edwin Henry Booth opened its first store in Blackpool in 1847. It now has 28 stores across Lancashire, Cheshire, Cumbria and Yorkshire.

According to reports in the national press, the company has brought in advisors from the investment bank Rothschild to consider takeover bids.

Earlier this year it had been forced to call in accountants to perform a financial health check after a challenging 18 months. The company was badly affected by Storm Desmond in December 2015, which caused damage to several of its stores.

A spokesman for Booths said:

"Booths has been retailing for over 170 years and it remains a very strong, resilient and well-loved brand. One of our strengths has been our ability to adapt to changing market conditions."

The 30,000 sq ft Burscough store opened in July 2015, with the chain opening an additional petrol station on the same retail park earlier this year.

If you need assistance with a commercial conveyancing matter, call our team today. You can speak to us on 0845 603 0708.