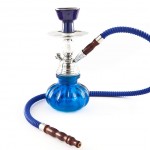 Councils are calling for licensing powers to tackle "lawless" shisha bars that violate laws on fire safety and by allowing smoking indoors and serving under-18s.

The LGA (Local Government Association) is struggling to regulate premises that persistently flout regulations, owners are making high profits but are increasingly undeterred by one-off fines of £2,500.

Part of the problem of tackling shisha bars that break the law, say Council leaders, is that there is secrecy around the ownership of many premises which limits the ability of councils and police to take action against them, this enables owners to open bars under a new name.

Shisha bars opening has trebled in recent years, with more than 50% of councils now having a café or bar in their area.

As well as violating smoking laws, shisha is also often imported illegally and sold without duty. New Licensing powers could also allow local public health teams to work with owners to ensure customers are aware of the risks associated with shisha, in particular the misconception that it is less harmful than cigarette smoke.

Shisha tobacco contains cigarette tobacco and therefore nicotine, tar, carbon monoxide and heavy metals such as arsenic and lead. This puts shisha smokers at risk of the same diseases as cigarette smokers, including heart disease and cancer, advises The British Heart Foundation.

If you require confidential, legal advice call our team of specilaist solicitors on 01942 366 388