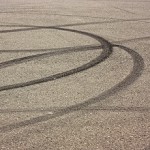 Death of Popular Wigan Teacher Was an Accident

An award-winning and popular Wigan primary school teacher was killed accidentally by a car while she was out running, an inquest has ruled.

Alison Grace was running along Birchley Road in Billinge last year when she was struck by a car. The 48-year-old mother of two died at the scene.

Following an inquest into her death, a coroner has now ruled that Ms Grace's death was an accident.

The inquest heard that there were no witnesses to the accident and that there was no evidence that the car which hit her had been speeding.

Ms Grace taught at Lamberhead Green Community Primary School in Orrell but was described by her family as a "true Billinger."

"She was a very talented and dedicated teacher who was held in respect by all her colleagues and the children. She always acted with great integrity and did her best for all children.

"She was a very talented artist and had worked with lots of groups of children to produce pieces of art that are on display in the school today."

If you have been injured on the roads and somebody else was to blame, you may be entitled to compensation. Call our claims team on 01942 366 388.