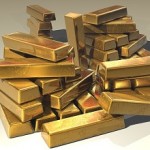 How the Duke of Westminster Dodged Death Duties

The late Duke of Westminster avoided paying inheritance tax on the bulk of his fortune, it was revealed yesterday.

Probate records reveal that Gerald Grosvenor, who died in August last year, left a personal estate of £743.4 million, reduced to £616.4 million after debts and liabilities.

The rest of his estimated £9.35 billion estate appears to have been in largely tax-exempt family trusts which were passed on to his son, Hugh.

The UK's inheritance tax of 40 per cent of any assets over £325,000 is not payable on anything left to a spouse or on charitable donations. If it had been applied to the Duke's entire wealth, the liability would have been around £3.4 billion.

Details of the Grosvenor family's tax planning – which is legal under UK law – has reignited the debate over loopholes which enable the wealthy to largely escape paying inheritance tax. John Christensen, director of the Tax Justice Network, said:

"It is time for us to address the whole issue of whether trusts should be used to hold assets in perpetuity and whether it is appropriate for them to be used at all in this way.

"Clearly this is not a case of someone being vulnerable and needing assets protected. It is quite simply a means of circumventing inheritance tax laws and it is time for it to be challenged."