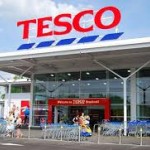 Two former executives at Tesco have been cleared of masterminding a fraud that triggered the biggest financial crisis in the companies 100 history. The judge threw out the case stating the prosecution case was "so weak" it should never have been brought before a jury.
The judge Sir John Royce acquitted Chris Bush and John Scouler of the accounting scandal that wiped £1.5bn off the value of Tesco shares in one day.
"I concluded that, in certain crucial areas, the prosecution's case was so weak that it should not be left for a jury's consideration," Royce said of his decision to abort the two-month trial which he added was "the end of a long saga".
Bush, 52 welcomed the end of a "four-year ordeal" and was looking forward to sleep and spending Christmas with his family. Bush was suspended in 2014 after spending his adult life working for Tesco.
On the 22 September 2014 David Lewis chief executive of Tesco told the City that forensic accountants and lawyers had been called to scrutinise its books after a whistleblower claimed payments from suppliers were being manipulated to make the chains finances look healthier. At the time Tesco said the rogue practice had inflated profits by £250m.
Bush and Scouler, who in 2014 was Tesco's UK food commercial director, both stood trial last year, but the case was abandoned before the jury was sent out.
The acquittal of the two men means neither Tesco nor any of its executives have been successfully prosecuted over the accounting scandal, which destroyed investor confidence in what had been one of Britain's most celebrated companies.

If you require confidential, legal advice contact our expert team of solicitors on 01942 366 388