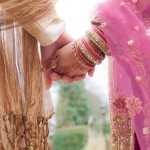 A Husband has tried to block a divorce petition, by arguing the couple were married only under sharia law. A ruling that could have implications for thousands of Muslims in the UK a high court judge has decided that a couple's Islamic marriage falls within the scope of English matrimonial law.
Nasreen Akhter wanted to divorce her husband of 20 years, Mohammed Shabaz, but he blocked it by saying that the couple were not married under English Law. They were married through a religious ceremony known as a nikah, conducted by an iman in 1998.
Akhar, who is a solicitor believes that nikah constitutes a valid marriage, but her husband wanted to prevent his wife from bringing a case for a divorce settlement to court by saying that they were married only under sharia or Islamic Law.
Mr Justice Williams, who heard the case in the family division of the high court in London, concluded in a written ruling, that the marriage fell within the scope of the 1973 Matrimonial Causes Act.
He said the marriage was void under section 11 of the act because it was "entered into in disregard of certain requirements as to the formation of marriage. It is therefore a void marriage and the wife is entitled to a decree of nullity."
Previous cases involving nikah marriages have concluded that they were legally non-existent, meaning spouses had no redress to the courts for a division of matrimonial assets such as the family home and spouse's pension if a marriage broke down.
Hazel Wright, a family law specialist at Hunters Solicitors, said the ruling had "given heart to many who otherwise suffer discrimination". She said it was vital for Akhter that the "English divorce court rule in her favour, that the marriage should be recognised as void and not a non-marriage. Otherwise she would not have any rights to make any financial claims for herself."
Theresa May instigated a review in 2016 when she was home secretary which found that a significant number of Muslim couples did not register their marriages under civil law, and "some Muslim women have no option of obtaining a civil divorce".
An independent review of the sharia councils recommended this year that Muslim couples should undergo a civil marriage as well as a religious ceremony to give women protection under the law.
A survey last November found that nearly all married Muslim women in the UK had had a nikah and almost two-thirds had not had a separate civil ceremony.
Aina Khan, a specialist in Islamic law, said last year: "My experience of 25 years as a lawyer specialising in Islamic marriage and divorce is that this is not only a major problem but a growing problem. My anecdotal evidence suggests that in the last five years the proportion of people under 40 having nikah-only marriages is as high as 80%."
If you are seeking confidential legal advice in relation to a similar matter then please call our specialist solicitors on 01942 366 388