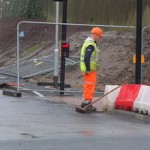 An unprecedented house-building and business drive planned for Wigan could see a huge increase in the borough's economy.


A masterplan drawn up for Greater Manchester by various council leaders is estimated to create around 15,000 new jobs in the Wigan borough and see more than 200,000 new homes built by 2035. The plans, which are due to go out for public consultation shortly, may prove controversial as several plots of green belt land have been earmarked for development.


"There will be significant economic growth coming to GM in the coming decades and we need to make sure our residents are able to share in that growth and seize the many opportunities that will be created. As a key part of GM, Wigan borough must play a central role in the growth and development of the city region over the coming decades.


"It is crucial that with growth in housing and employment land Wigan borough has investment in its infrastructure and we will be working with our partners in GM to ensure that significant investment in our transport links is delivered."


As part of the growth outlined for Wigan, one of the areas to be suggested by the Greater Manchester Spatial Framework will be a major housing development site north of New Springs which could provide the borough with 960 additional homes.


If you need legal advice with regards to an employment matter, contact our employment solicitors on 01942 366 388 for advice.