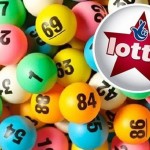 There is a suggestion that two National Lottery winners may have their win nullefied after allegations that the winning scratch card was purchased with a stolen bank card. The money at stake is £4 million.
Mark Goodram, 36, and Jon-Ross Watson, 31, both from Bolton purchased the scratchcard for £10 at Waitrose in Clapham, south London. Having bought the ticket on Easter Monday the pair, who both have multiple criminal convictions, contacted Camelot to claim their prize.
Unfortunately neither of them, having recently been released from prison, had a bank card and yet the winning scratchcard was paid for with a debit card. When Camelot asked whose bank card had been used they stated that a mystery friend had bought the ticket on their behalf. When quizzed on his location the reply suggested he'd gone "up North".
The Lottery Organisers are currently withholding the cash prize whilst they investigate matters further.
A spokesman for City of London police commented that anything purchased with a stolen card would be deemed "unlawful ownership" as it would have been obtained by virtue of a criminal act. And as such the proceeds could be confiscated or seized.
Yet Mark and Jon- Ross, both unemployed, have been celebrating and posing for photographs with cocktails and magnums of champagne. It is unclear where the money came from to buy these items.
Mr Goodram, who has 22 convictions, said, "I'm off to see the Queen. This is brilliant. I deserved a bit of a break. We're made for life. I can't wait to spend the lot. I'm going to buy luxury properties and look after myself."
Mr Watson commented, "I'm off on a Caribbean cruise, then to Las Vegas. But I need a passport first. Mark and me have been mates since we were little. This win's unbelievable but we deserve money fair and square. We were screaming in the street. We've told family and friends about our win but no one believes us."
The pair initially told the newspaper that they had bought the scratchcard with their last loose change but later changed their story. They then suggested the cash had been passed to them by an unamed friend who used his debit card.
Additionally both individuals suggested they had no knowledge of a stolen debit card being used to purchase the scratchcard. Comment was made that, "This win's unbelievable but we deserve money fair and square'
Camelot have said, "Our focus is on the validity of a claim. We are not a law enforcement agency and it's not our responsibility to investigate where someone's money came from.
"But if it emerges that there is anything fraudulent or suspicious about a claim, it will be subject to an investigation and could be passed to the police before we make any decisions about a payout." She confirmed that there had been previous occasions in which Camelot had not paid out because of fraudulent claims, which had been passed to police.
If you require confidential, legal advice call our team of specilaist solicitors on 01942 366 388
Allansons Solicitors
Wigan