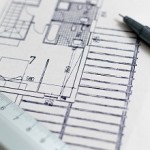 Councillors have given overwhelming backing to plans for dozens of new homes to be built on land previously allocated for industrial use.

The committee heard the triangular site between Alder Land and Green Lane was originally supposed to be turned into 124 homes, but developers agreed to scale back the plans following discussions with town hall officers.

Developers Persimmon Homes will also have to make section 106 contributions on a range of local issues, including traffic calming measured on Green Lane.

All 10 councillors sitting on the committee passed the plans for approval, even though some expressed unhappiness at industrial land being used for residential homes. Councillor Fred Walker said:

"Reluctantly I am going to support this. I am never completely comfortable converting industrial land to housing land. I don't want this to become the norm."

The council received 28 letters of objection to the development, with residents asking for reassurance on dealing with drains, Japanese knotweed, and contaminants.