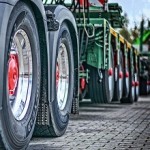 A Wigan man has implored the council to intervene in what he believes to be a dangerous number of lorries using residential streets to access an industrial site.

Mr Haywood maintains that he has no complaints about the business itself, but feels that large vehicles using such a small lane is putting safety at risk. He said:

"There are lots of wagons coming down here now because their sat navs are sending them down here. There are speed limits but nobody adheres to them. It even shakes the ground as they drive over the speedbumps.

"This road and this estate, it's not really for trucks. Somebody is going to get killed. This is a residential area, not designed for 40ft container wagons."

Furthermore, planning proposals have been submitted to expand the industrial site, meaning more large vehicles could soon be using the cramped roads.

If you have suffered an injury on the roads and believe the negligence of another was to blame, you may be entitled to compensation. Call our team on 01942 366 388.